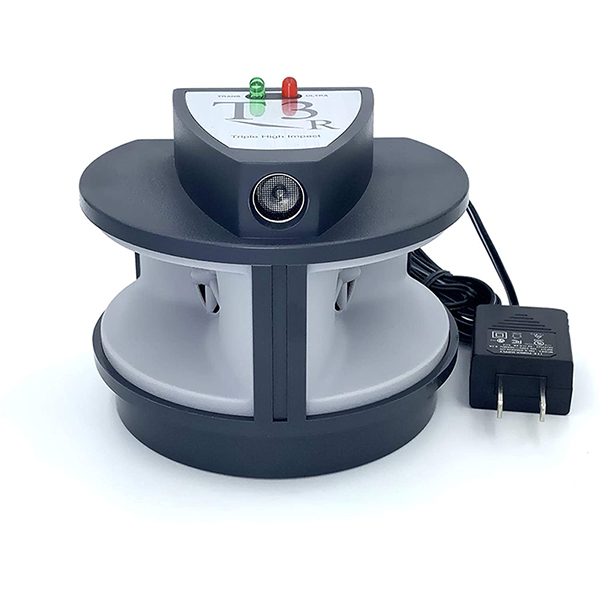 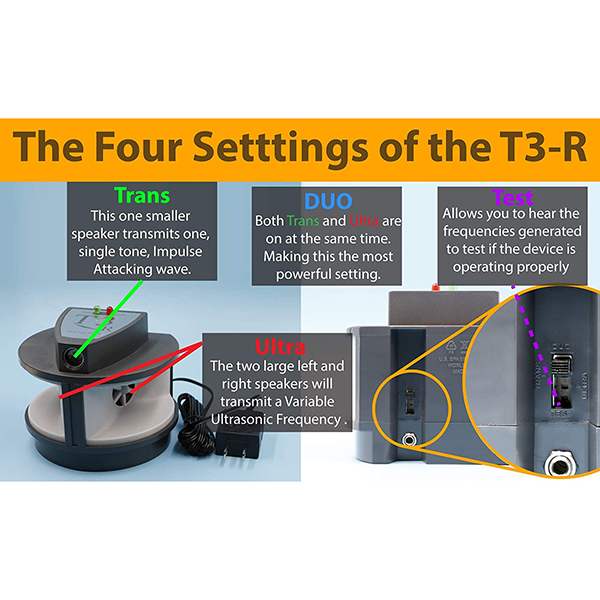 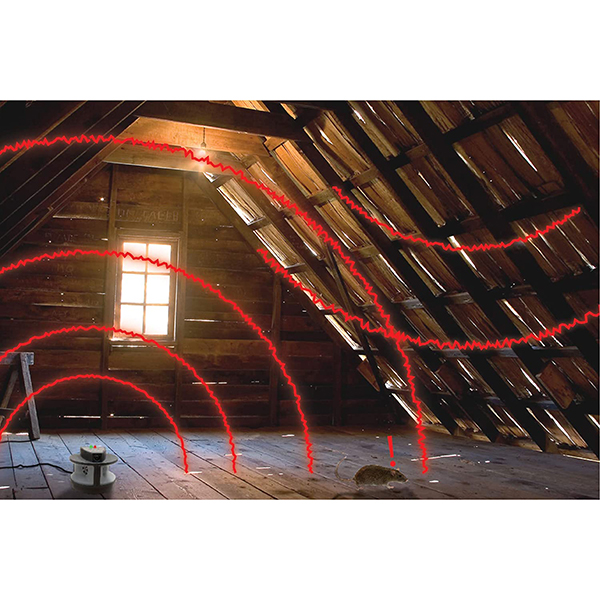 5 out of5based on6 customer ratings
(6 customer reviews)
Availablity: In stock

ORIGINAL T3-R DESIGNED TO POWER RODENTS OUT! The T3-R Triple High Impact Mice, Rat, Rodent Repeller utilizes 3 speakers that maximizes rodent repelling against such vermin as Mice, Rats, & Squirrels. Our specially designed speakers transmit ultrasonic sounds from three separate locations on the device. Each speaker transmits distinct sounds in unique patterns, causing what we like to call the “Triple Attack Design”. T3-R’s TECHNIQUE & SUPERIOR SUPPORT Single to Multiple T3-R units; Time Repelling; Triple Attack Power; Design; Location; and Ultrasonic Change are all key when repelling rodents away from unwanted areas. In most cases, rodents leave within a 12-16-day period. But sometimes when a stubborn rodent problem comes along and you’re having troubles that is when we take pride on being very helpful so repelling results get met. We like to treat you the customer as if it were ourselves. With that said, we expect premium rodent repelling results with all of our T3-Rs. We built a support system called our Second Step Solution which really comes down to getting your Rodent Issue Successfully under control and repelled. SQUIRREL REPELLING with the T3-R Yes, the T3-R has dominated and repelled countless tough squirrel issues over the years we have been in business. The T3-R has around a 73% success Rate for repelling squirrels. If you know you have a tough squirrel issue--our suggestion is to upgrade to our T3-R ULTRA w/extended squirrel support. Regarding the repelling of squirrels with the T3R? We do not understand why most of our customers dominate their squirrel problem, while others have no success.  We are not in this business to sell something that did not work for you and it's really all about success and happy customers, am I right???  If for any reason you’re not succeeding within a 2-week span with your T3-R, use the Second Step Solution and let us Help. We really do care and have the knowledge to help. 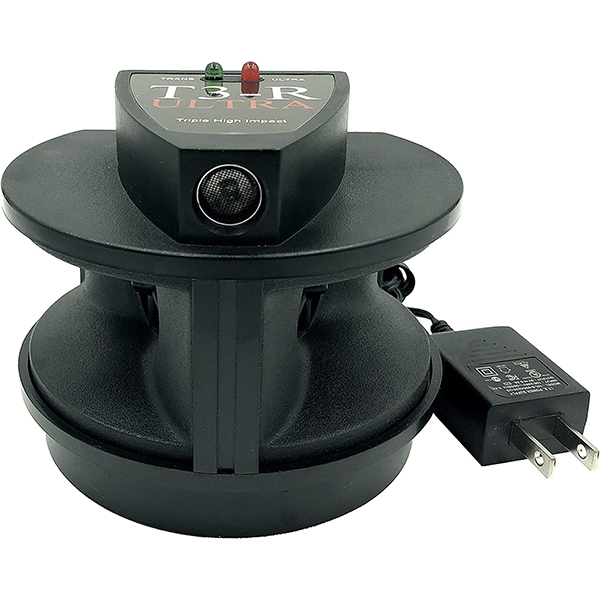 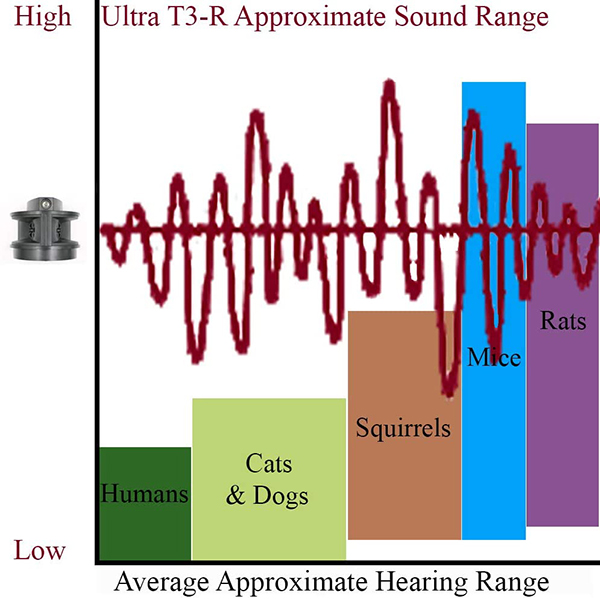 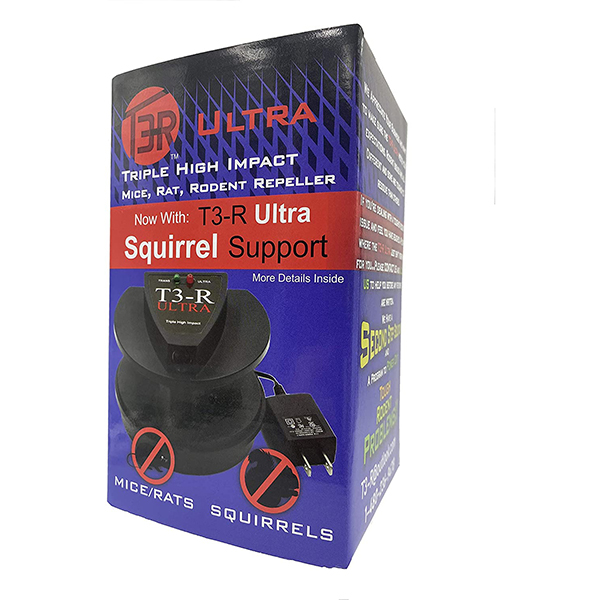 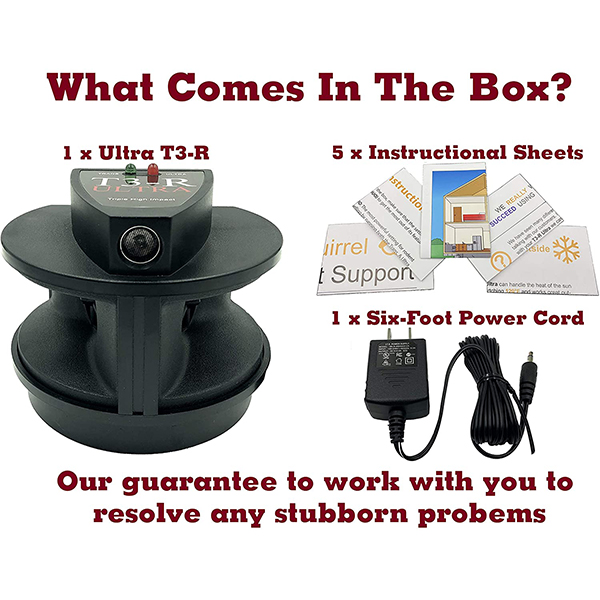 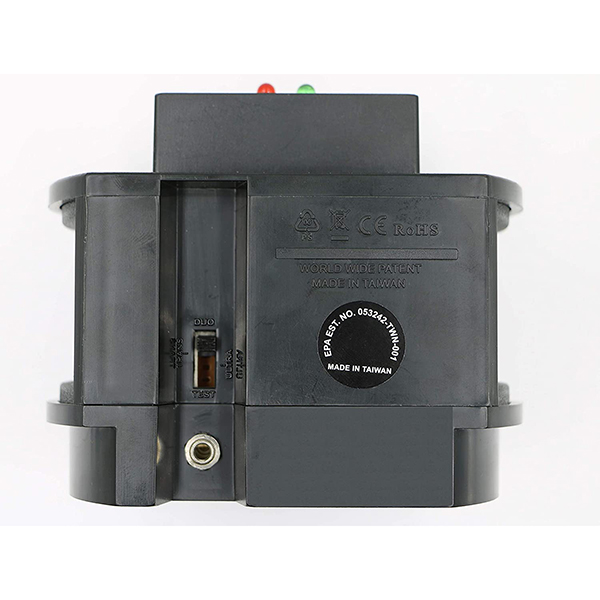 5 out of5based on3 customer ratings
(3 customer reviews)
Availablity: In stock

The T3-R Ultra Triple High Impact Mice, Rat, Rodent Repeller with Squirrel Support has been updated to feature beefier speakers that work better against squirrels than the Original T3-R. Like the original T3-R, the updated T3-R Ultra utilizes 3 speakers to emit ultrasonic frequencies designed to repel common rodents, such as Mice, Rats, Squirrels, but we’ve adjusted it to spend even more time in the lower ranges – specifically targeting squirrels. Our specially designed device transmits ultrasonic sounds from three different speakers – and we’ve increased the volume to fill any open room or area up to 6,500 sq. ft. – 500 more sq. ft. than the original. Each speaker emits a specific type of sound to repel in different ways using our Triple High Impact Attack design. The number of units, the length of usage of time, and placement are all key when using the T3-R Ultra to repel rodents away from unwanted areas. In most cases, rodents leave within a 12–16-day period. Sometimes it’s as easy as adjusting one setting or allowing the device to work one more day… However, when you’re facing a stubborn rodent problem, we take pride on being here to help you get rid of the pests. We like to treat you the customer as if it was ourselves and with that said we expect premium rodent repelling results with the T3-R Ultra.